Bhubaneswar (Odisha) [India], June 24 (ANI): The Micro, Small and Medium Enterprises (MSMEs) Department, Government of Odisha has been awarded first prize in the category “National MSME Award 2022 to States/UTs for outstanding contribution in the promotion and Development of MSME Sector” by virtue of various developmental initiatives taken up for the development of MSMEs....In addition, Sibabrata Rout M/s Amarnath Pest Management Technology, Cuttack has also been awarded third prize in the category “Award for Service Entrepreneurship – Service Micro Enterprise (Overall)”. MSME Department along with Aspirational Districts of the State participated in the National MSME Award 2022 in a relevant category. Similarly, Micro, Small and Medium enterprises filed online applications in the appropriate category of award, the statement read. 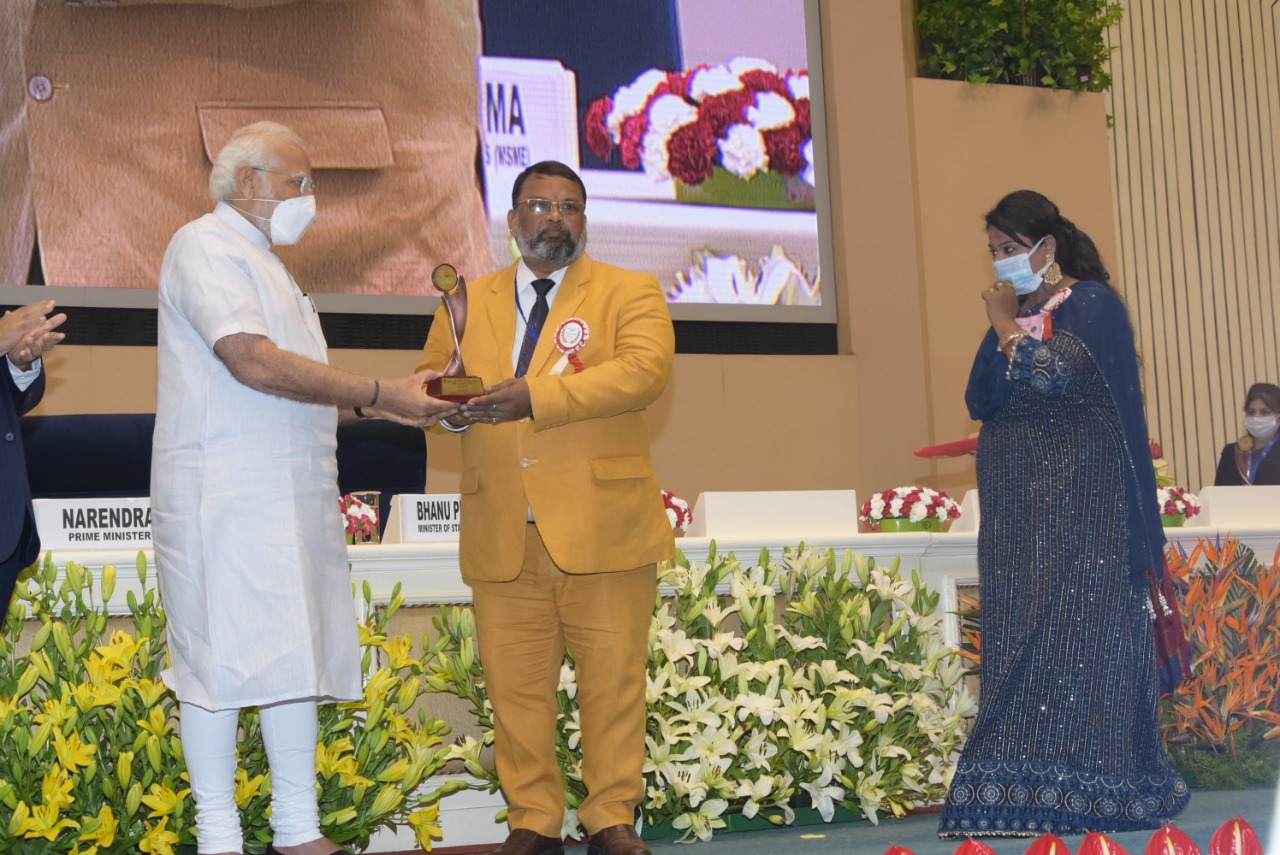 World Pest Day: Pest or vermin is a term used by us to refer to any organism, whether plant or animal, considered to be harmful to human beings. properties, furniture, buildings and crops. World Pest Day is celebrated annually on June 6. The international event creates awareness among people and governments about the necessity of pest management....World Pest Day began as an initiative by the Chinese Pest Control Association, a pest management market, on June 6, 2017, at a hotel in Beijing, China. World Pest Day also highlights the role of pest control professionals working to ensure pest free and healthy environments for people. On the occasion of World Pest Day we at Amarnath Pest Management Technology organized a small get together to make our pest professionals aware of the day and importance of their role to eradicate pests from the society. People are getting more and more aware day by day about controlling the pests and taking help of professional pest management companies to solve their pest issues. Pest control market is growing day by day and this enhances the role of the pest control companies. We stand for quality pest control services in private, corporate, industrial and government sectors all over Odisha. As our tagline says 'Your Pest Expert' we always make sure that we relive our claim. We wish all Pest Professionals and Pest Management companies in Odisha and around the world a Happy World Pest Day. We also wish you all a Happy World Pest Awareness Day (World Pest Day is otherwise known as World Pest Awareness Day) and be aware of your pest issues and take help of professionals to solve it.

Public Health Stakeholders Meet ‘inspire’ 2022 was successfully held at hotel Excellency, Bhubaneswar on 23 June 2022. This was attended by about 30+ owners of PCOs, Mr. Ujjwal Kumar – Business Head. UPL, Abhishek Sharve – UPL official, Mr, Vivek Prajapati – Sales Head UPL, Ms. Puja Kumari – Anchor, UPL, Mr. Bibhuprasad Moharana – guest singer and the last but not the least Mr. PK Gupta, Joint Director, MSME Odisha. Thank you all for attending this event and make it so successful. Our special thanks to Mr. P. K Gupta for giving us his few valuable time to attend this event. His inspiring speech is a great motivation for us. Sincere gratitude to our team as well for arranging the event at the venue Again we thank all Public Health Stakeholders for participating in this grand event to make this successful and we request them to keep in touch with us. Some photos and video are attached here to take a look at this successful event.

India is celebrating 75th Anniversary of Independence and 76th Independence Day this year. Initiated by Hon’ble Prime Minister Sri Narendra Modi, this year India is celebrating this Independence Day with ‘Har Ghar Tiranga’ slogan ie Indian Tricolor to get flown in every house in the county. India achieved its independence from British Rule after a very hard and long fought struggle on 15th August 1947. Our freedom fighters sacrificed their lives for achieving the independence for the country. Indian history of freedom struggle won’t be complete without remembering the names of our great freedom fighters like Mahatma Gandhi, Jawaharlal Nehru , Subhash Chandra Bose, Mangal Pandey, Sukhdev, Chandra Shekhar Azad, Lal Bahadur Shastri, Tantia Tope, Bal Gangadhar Tilak & Rani Lakshmi Bai, to name just the few. Even after independence it’s not been without battles on the borders against our neighbours. We have to fight number of battles against our neighbouring counties to safeguard the integrity of our nation. We have lost so many lives of our soldiers fighting on the border safeguarding our country from the enemies. On this auspicious occasion we salute our freedom fighters & soldiers for their sacrifices, because of which we cherish the freedom today. ...At Amarnath Pest Management Technology we had a Flag March around the office and took group pictures with flags in hand on 13th August 2022. We had hung up the flags around our office building and on the road to show our emotion of patriotism for our country and its independence. On 15th August the national flag was hoisted by Mr, Basanta Kumar Mohapatra, retd. Advocate and the national anthem was sung by all the attendees. Then Mr, Mohapatra gave an inspirational speech on independence day followed by Mr. Sibabrata Rout. We distributed sweets, snacks among the attendees. Our celebrations have been multiplied with the National MSME Award 2022 received from hon’ble PM Shri Narendra Modi at Vigyan Bhawan, New Delhi in June 2022. Freedom runs in our blood and veins. Every one of us is a child of freedom, pushing the dreams of the nation to a new reality. Together we must pledge to empower each other to thrive; as a community and national identity. ‘Azadi Ka Amrit Mahotsav’ is on its way to give us a lot of positive vibes, joy and pride. WISH YOU A VEY HAPPY 76TH INDEPENDENCE DAY!!